Oracle Database is vulnerable to user privilege escalation via a java deserialization vector that bypasses built in Oracle JVM security.  Proper exploitation can allow an attacker to gain shell level access on the server and SYS level access to the database.

Java deserialization vulnerabilities have been all the rage for the past few years.  In 2015, Foxglove security published an article detailing a critical security vulnerability in many J2EE application servers which left servers vulnerable to remote code execution.

There have been a number published exploits relying on Java deserializations since the 2015 Foxglove article, many based on the ysoserial library.  There have also been a number of CVEs opened, and patches issued to resolve these defects, including Oracle specific CVEs such as CVE-2018-2628, CVE-2017-10271, CVE-2015-4852

The examples in this post were created using Oracle 12C, however, earlier versions of Oracle Database are also vulnerable. 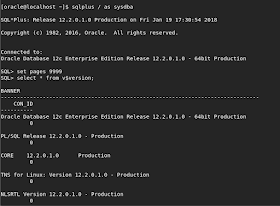 Of course if you have some level of familiarity with Java and penetration testing, you may immediately leap to the notion of creating a reverse shell compiled within Oracle Database:


This approach will not work as the Oracle JVM implements fine grain policy-based security to control access to the OS and filesystem.  Executing this procedure from a low-permissioned account results in errors. 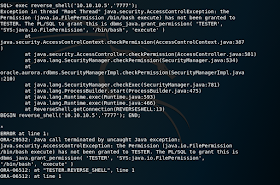 Note the error stack contains the missing permission and command necessary to grant the access:


There have been previously reported methods to bypass the built-in Java permissions which will not be discussed in this post.  Instead I am going to demonstrate a new approach to bypassing these permissions via XML deserialization.

XML serialization and deserializtion exist in Java to support cross platform information exchange using a standardized industry format (in this case XML).  To this end, the java.beans library contains two classes:  XMLEncoder and XMLDecoder which are used to serialize a Java object into an XML format and at a later time, deserialize the object.

Typical deserialization vulnerabilities rely on the existence of a service that accepts and deserializes arbitrary input.  However, if you have access to a low-privileged Oracle account that can create objects in the user schema (i.e., a user with connect and resource) you can create your own vulnerable deserialization procedure.

As the "TESTER" user, I have created the following Java class "DecodeMe" and a Java Stored Procedure that invokes this class:


The decodeme procedure will accept an arbitrary string of XML encoded Java and execute the provided instructions.  Information on the proper format for the serialized XML can be found here.  This block will simply call println to output data to the terminal.


Executing this anonymous block creates a file named "PleaseDoNotWork.txt" in the /tmp folder: 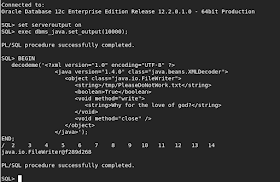 Therefore via deserialiazation, we can write arbitrary files to the file system, bypassing the built-in security restrictions.

As it turns out, we can not only write new files to the system, we can also overwrite or append any file on which the Oracle user has write permissions.  Clearly this has severe ramifications for the database, as an attacker could overwrite critical files - including control files - which could result in  a successful Denial of Service attack or data corruption.

However, with a carefully crafted payload, we can use this deserialization attack to gain access to the server as the Oracle user.

Assuming SSH is open on the server and configured to accept RSA connections, the following payload will append an RSA token to the Oracle account that manages the database processes. 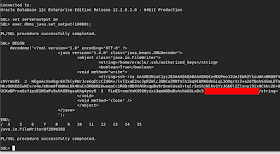 The Oracle user can access the database as SYS and the attacker has effectively compromised the entire database.

If a low privileged user, perhaps a tier-III support admin for a specific application, were to deploy this exploit, they could effectively gain access to the data and applications supporting an entire enterprise.

As we can see the deserialization design pattern implemented in java continues to create a myriad of vulnerabilities.  Security analysts should look beyond J2EE based deserializiation attacks and consider attack vectors based on other embedded implementations.